Between Dudbridge and Stroud is a short mixed use path (walking and cycling).

This runs on what was once the old railway line that linked Stroud and the GWR to the LMS line that went to Nailsworth.

What’s of interest on this section are a number of big metal drums about half way along it with a large circular stone structure on the ground. 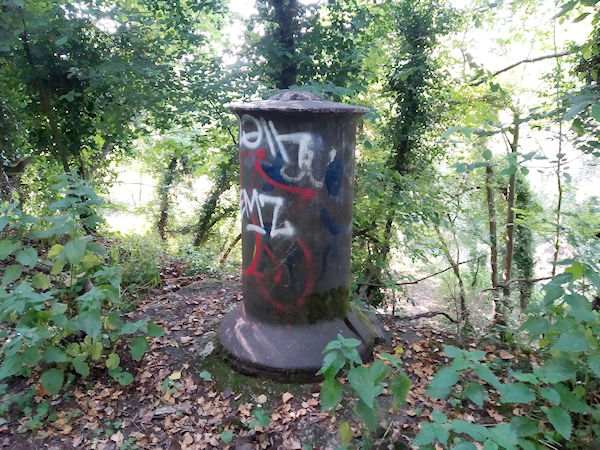 This all dates back to the days of the gas works in the 1930s that were just off Chesnut Lane. The gas works were supplied with coal that was delivered by the railway.

Back in the days before north sea gas, gas was produced from coal. Basically if you heated coal in a sealed vessel it gave off gas so the coal was used for two purposes, to fuel a fire that heated the coal and the coal that the gas was extracted from.

I’m assuming that coal for both processes were delivered to the gas station via the railway.

The metal drums along the side of the cycle path are capstans and were in what was known as ‘The Gas Works Sidings’. Trucks of coal were pulled along the sidings by ropes or chains that were wrapped around the capstans. The capstans were powered by electricity, which made them rotate.

Trucks were pulled onto what was then a turntable, the remains of which are in the photo. 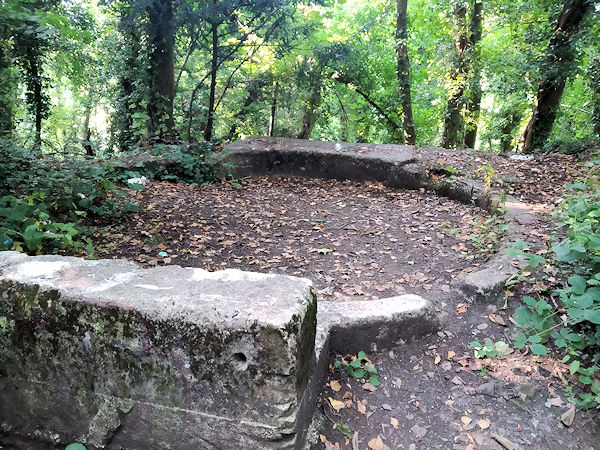 The aerial photo of the gas works shows the turntable by the yellow arrow. 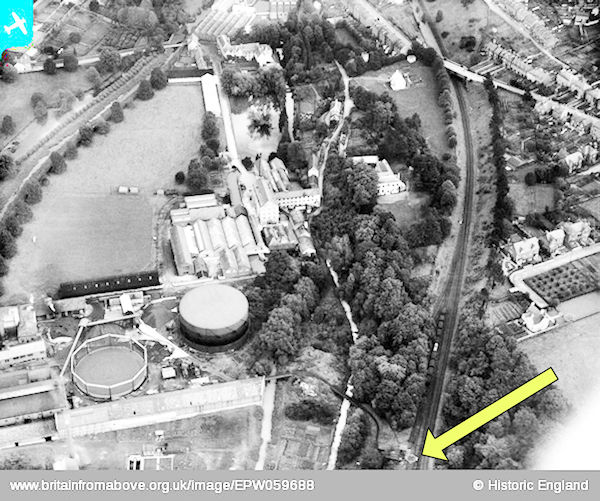 The turntable turned individual coal trucks through 90 degrees. There was then a short section of track that went from the turntable out across the steep slope to an end stop with a chute. 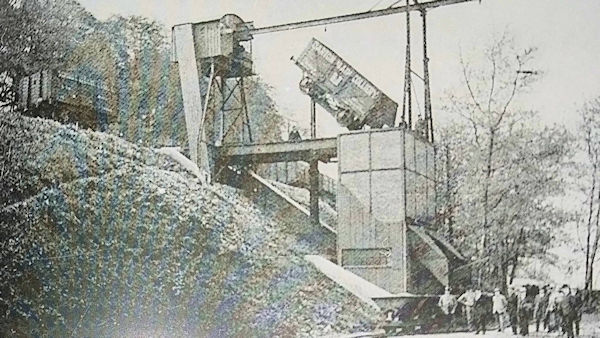 The tracks for the narrow gauge railway can be seen in the aerial photo although there is no sign of them now.

The concrete structure at the bottom of the chute is still there. I have made a short explainer video that takes a look around the site.

The black and white photo is taken from an out of print book called The Nailsworth and Stroud Branch which is usually available on eBay and Amazon.