The walk from Brimscombe to Chalford and back is just under three miles, depending on where you turn around to head back. 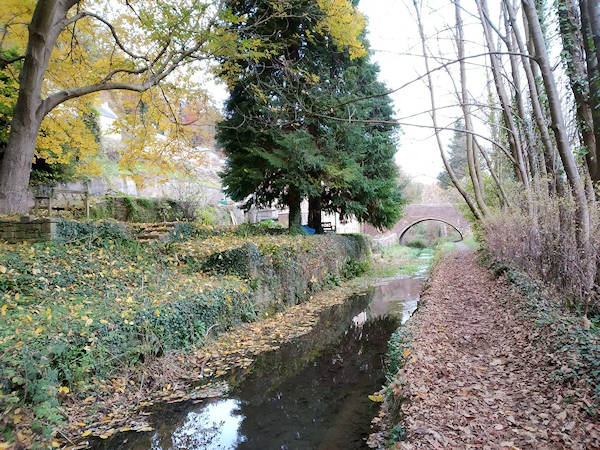 You can park at the old Brimscombe Port which is accessed at the bottom of Brimscombe Hill next to the big old mill building.

The car park is signed as Port visitor parking (or similar). From the car park head towards Chalford on the lane beside the river that shortly joins the canal path.

Some history of the old Brimscombe Port

The port has the remains of a big industrial complex which as of November 2021 is being demolished. In the early days of the canal there was a technical collage here along with a boat builder and large canal basin. Image from SDC.

Larger trows would transfer their goods to and from the more traditional narrow boats here as the canal towards Chalford from this point on was too narrow for them. 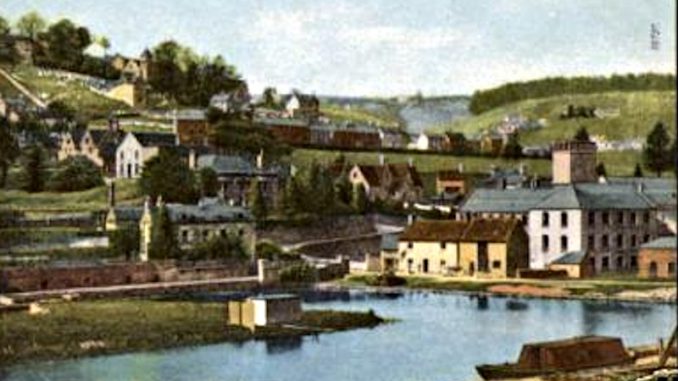 After the port was closed and the basin concreted over the main newer building was occupied by Bensons. They made ring binder mechanisms along with a number of other items.

There was also a metal smelting works where you might have caught a glimpse through the doors of molten iron being poured into molds. It was a long time ago but I think there was a certain smell from the iron works!

This is area is now ear marked for development into housing with the reinstatement of a canal basin, although there isn’t yet a developer to take this on. The restoration work of the canal between Stroud and Brimscombe has almost reached the port, so sooner or later you will be able to get to the Sharpness canal from here.

So back to the walk, well maybe coffee and cake first..

Heading on along the canal path within five minutes you will get to the Felt Cafe in one old mill building and Noah’s bike shop in another. There is also an old canal lock at this point.

Felt Cafe is a great little cafe, with a good selection of cakes and large outdoor covered seating area beside the river. 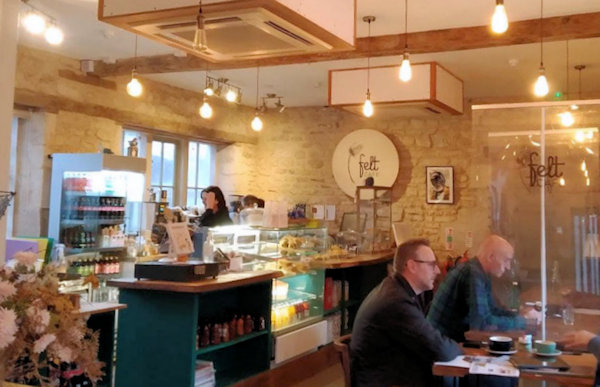 The big housing development you shortly arrive at is on a site known as Wimberley Mills and the large old building on the right was Critchley Brothers that originally made pins.

Notable points along the walk

Mostly, this is just a typical quiet canal path walk. The canal restoration people haven’t got to this section so it’s somewhat dilapidated. The old GWR railway runs alongside the canal higher up on an embankment and beyond that is the A419.

You might spot a house painted green on the left which back in the 70s and 80s was the local police station. Back then they were known as police houses as the local bobby lived in them. 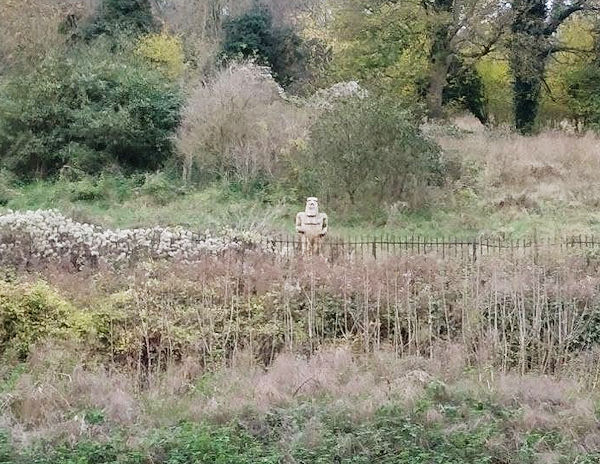 The canal back in the 70s at this point used to be a good clear stretch of water but now it’s full of weeds. There were once a pair of swans that nested here that acted as angry hissing canal path gate keepers that often sent us kids back tracking to the main road to get around them!

A bit further on you will see the tall chimney of St. Mary’s Mill on your right. You can take a detour off the canal path and head up a track that takes you above and behind the mill as in the photo below. I presume the track comes out on Hyde Hill, but I’ve not investigated it. 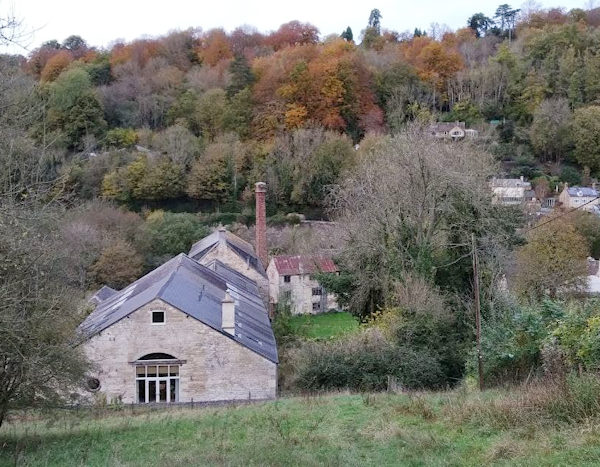 The mill has open days once or twice a year and is worth a visit to see the old steam engine and water wheel inside the mill.

Back on the canal path and a little further on, on the left is St. Mary’s signal box.

From the crossing here you get a great view of the track literally snaking its way towards Stroud. Where the track disappears in the distance there used to be a railway siding by the Toadsmoor road turning.

The track in the other direction heads towards Sapperton tunnel, which becomes quite a steep incline at Frampton Mansell. Banking engines used to be stationed along the route to help push trains up the steep sections. In the 70s I’ve seen diesel hauled goods trains come to a standstill at Chalford, requiring a push.

Keep on walking (on the canal path) and the path gets to a steep slope and some steps. The large building you can see on the left the other side of the main road is called The Old Silk Mill, and like a lot of the mills around here it’s been converted into flats.

Go up the steps and head in the same direction across the road to rejoin the canal path which takes you to an old roundhouse. The large old mill to the right is Belvedere Mill and is occupied by a company called Heber. Back in the 70s / 80s they were called Marian Electronics and made fruit machines. 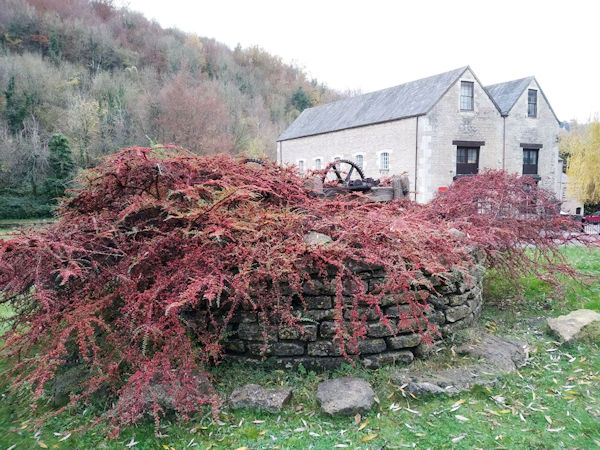 The old sluice gate mechanism mounted on the circular stone feature that’s been reclaimed by nature were taken from the river beside another old mill further up the Chalford High Street called Seville’s Mill. That’s long since been demolished.

I usually turn around and head back to Brimscombe at the roundhouse but if you carry on you will end up at the Lavender Bakehouse Cafe, which is the start of another great walk linked below.

Demolition of the old Bensons Factory