Work is progressing on the revamp of the old industrial estate at Brimscombe Port. Before anything new goes up the old has to come down, so the old Bensons factory is being taken down bit by bit. The roof being asbestos requires careful removal before the wrecking ball arrives.

Bensons International Systems used to make loose leaf ledger equipment (ring binders etc) and the factory went up in 1970. Bensons were operating from this site as far back as 1949 and at one point employed 200 people.

I remember there was also a metal foundry on this site back in the 70s. You might have seen iron being poured through the open doors as you went past. There was a certain pong from it in the air and that grey casting sand was often seen on the path by the river. 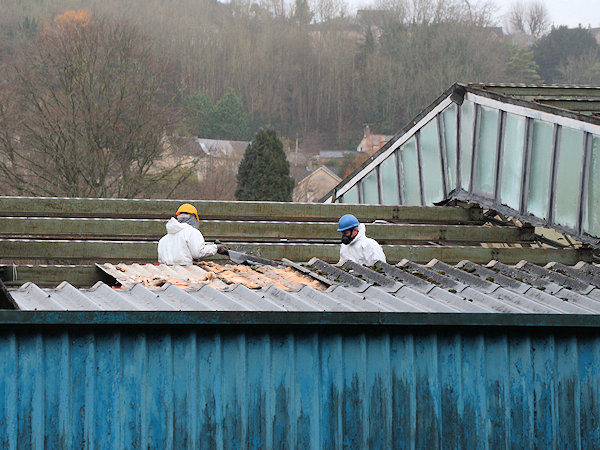 I mostly remember this building for the air vents on the side of the building giving it a very distinctive look from the main road.

Most of the demolition work has been taking place since the summer at the back of the building. 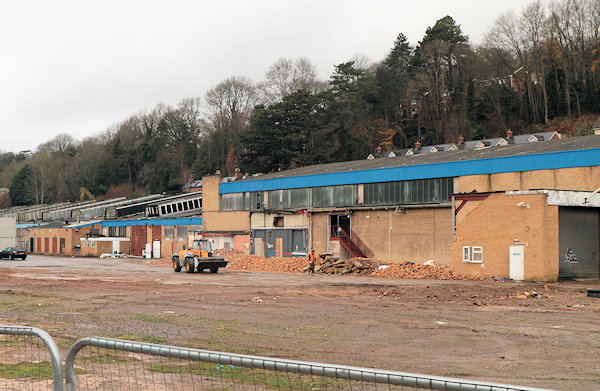 The Future Plans for this site

The idea is to build housing and to reinstate the old canal basin giving it a focal point and creating a tourist attraction. There’s a plan to connect the basin to the canal that’s currently under restoration.

At some point you will be able to get all the way to Saul Junction by boat, but that’s a while off, not least because Brimscombe hill and the M5 are in the way.

Apparently when the M5 was built provision was made for the reinstatement of the canal, but that’s another story.

The last I heard (we don’t do much research at Stroudie Central, we just document changes) there isn’t currently a developer to take on the project so it may be a while before any new housing goes up.

There is a video of this article that uses AI natural voices to provide the narration. Check out our YouTube channel for more videos.