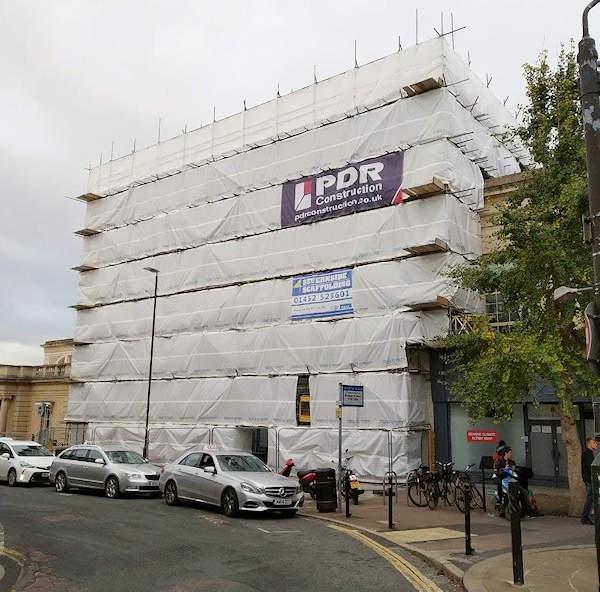 The conspiracy theory people in town probably think something very sinister is going on under that cover but there isn’t.

The plans are available for viewing and quite clearly show the building is being transformed into a huge sausage and glue factory.

It’s actually being converted into a health centre. There’s two of what appear to be perfectly good ones already in town so I’m not sure what will happen to them after this is finished.

Artists impressions show it to be more dreary grey that’s now the blight of one side of King Street, along with what was once a bright and cheery naturally illuminated shopping centre that’s now as bleak as a cave system in Mordor.

This is what the shopping centre used to look like, in case you’d forgotten. The entire glass roof was removed to facilitate car parking.

The photo was taken late on a Sunday afternoon which is why it isn’t busy. 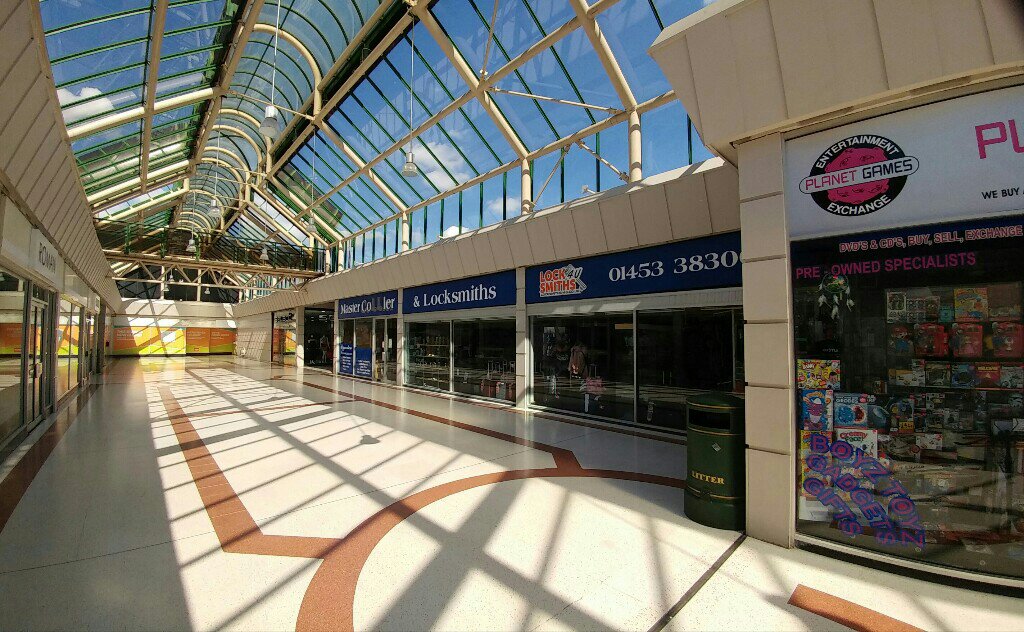 Stroudie Central will be back to take a few more snaps of the old Woolies building when the covers are removed.