It was a busy day in Stroud this Saturday, with a big gathering up the high street forming a Vigil for the Planet as part of the COP26 climate event. 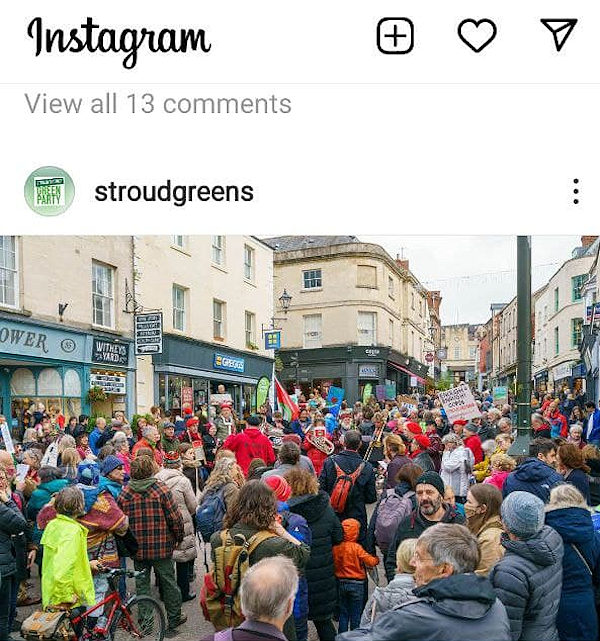 Unfortunately by the time I got to Stroud it had finished and all that was left were the manic ramblings of Piers Corbyn and his followers on King Street, some of which I filmed and put on the Stroudie Central YouTube channel.

As he was explaining the new world order I had a listen. It was an interesting viewpoint, but obviously you’d need to look into it further rather than take it as gospel. 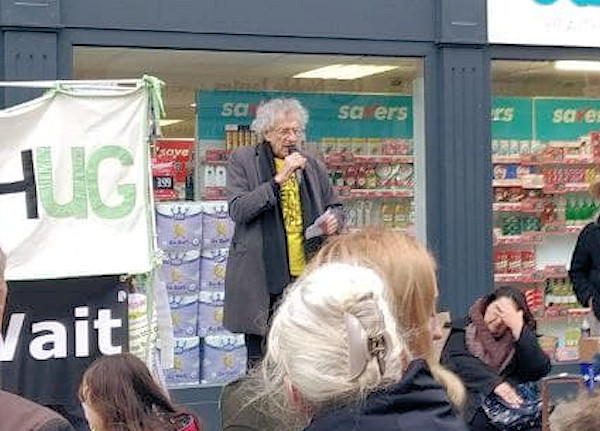 His crowd of followers were enjoying it and cheering in the right places while passers by were muttering fairly loudly what a load of rubbish and appeared genuinely offended. 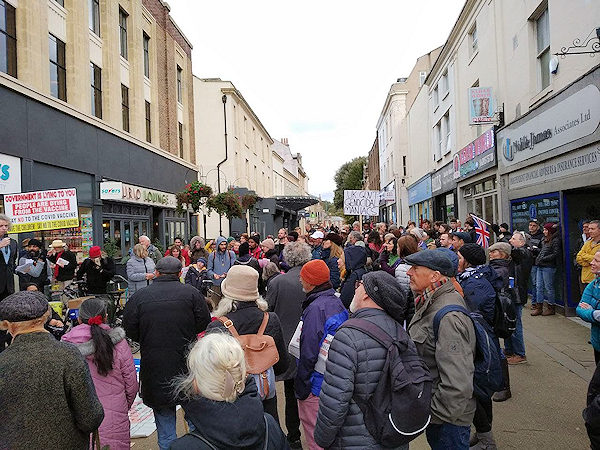 His rant covered 5G, global warming, down with the BBC, the cashless society, Tesco’s automated checkouts and probably some other stuff.

Basically, as one big thing ends another takes hold, so in their view all the climate talk is happening now because the Covid talk is in decline. After we get bored of the climate talk, governments will introduce another hot topic to keep us sidetracked from what’s really going on. 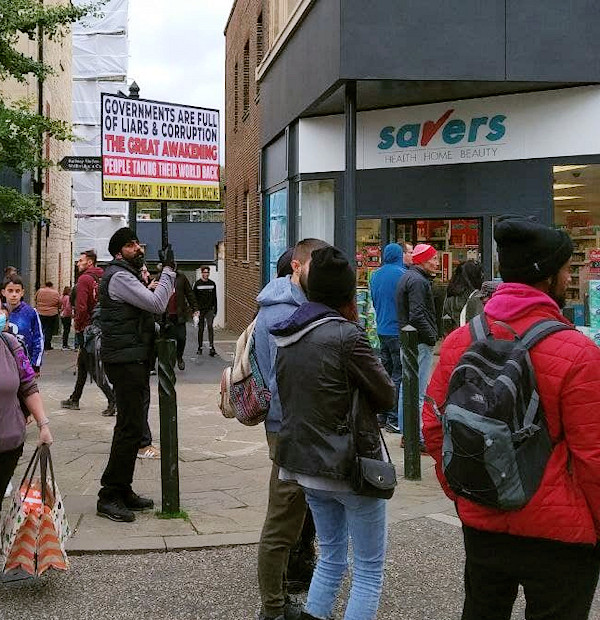 I came to the conclusion this lot could find government conspiracy in a blade of grass given half the chance.