There’s a lot of building and proposed building in and around Stroud at the moment, Wallbridge is another on the list. 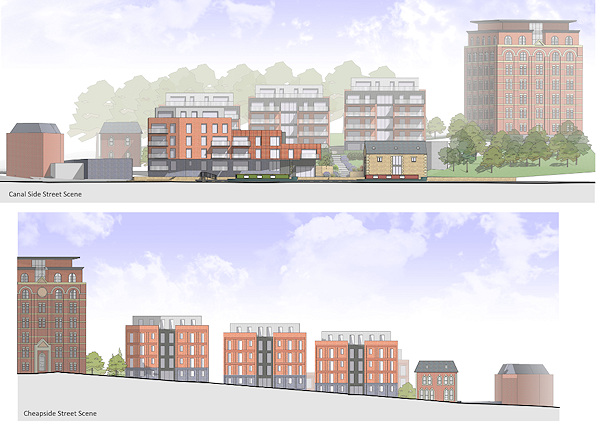 Newland Homes have it on their website as Forthcoming as opposed to a Proposal although they don’t date anything.

The previous plan was halted due to problems with the site.

This is going to change the skyline of Stroud as they are proposing tall buildings in the space between the railway station and the canal.

They plan on building 47 homes and two retail units along with the conversion of the old warehouse by the side of the canal that was damaged in a fire.

This is somewhat revised from previous applications of 110 and 37 homes.

I think the fire was the thing that halted the original plan as it apparently added a significant cost to the development although that might have been being used as a bargaining point as it wasn’t exactly a big building. 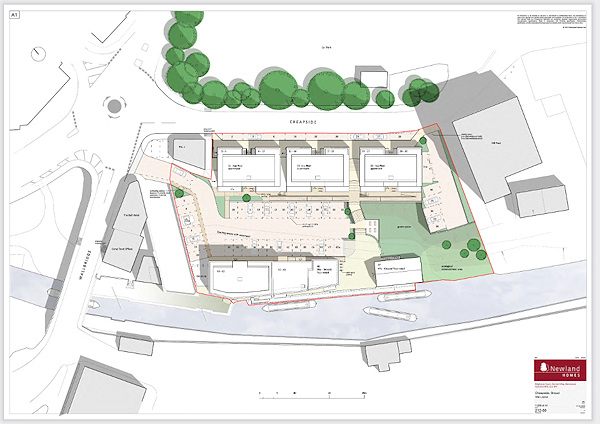 There’s no indication of the prices these flats will sell for, hopefully they’re not in the same £400k bracket of the ones being built at Rooksmoor Mills as that does nothing to keep first time buyers in the area.

Nothing has changed yet at the Wallbridge site, but it’s one to watch.

All images are from the Newland Homes website, a link is here (opens in a new tab).