One of the blocks of flats (apartments if you’re posh) now has public access so Stroudie Central took some photos of whats been built so far. 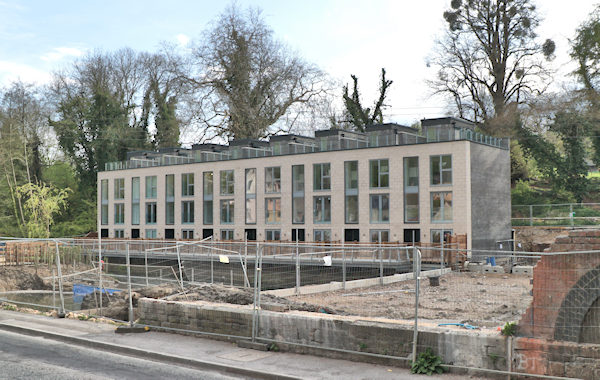 Visually, it’s not great. The road facing side of the building is very plain, being faced with off white featureless slab like bricks with window frames painted in the currently trendy grey. Maybe it’s supposed to look like Cotswold stone. It will no doubt become darker over time as it becomes weathered.

A lot of comments on social media recently showed people weren’t that impressed with it or the prices. 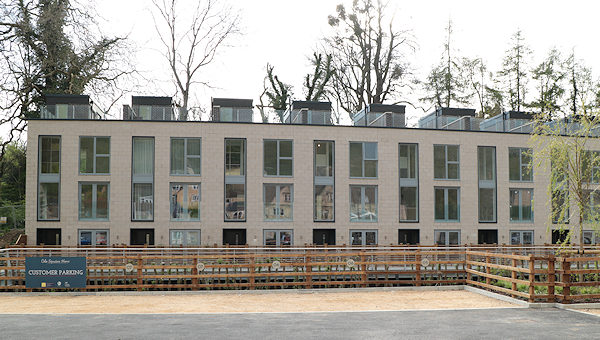 This is how much they will be sold for, so not for the likes of the average first time buyer or a lot of Stroudies I would imagine.

The Stroud end of the building is built with a dark brick with contrasting cement. This will be hidden by the next phase of the building works, although this same brickwork covers the rear of the building and looks a bit meh considering the price the flats are being sold for. 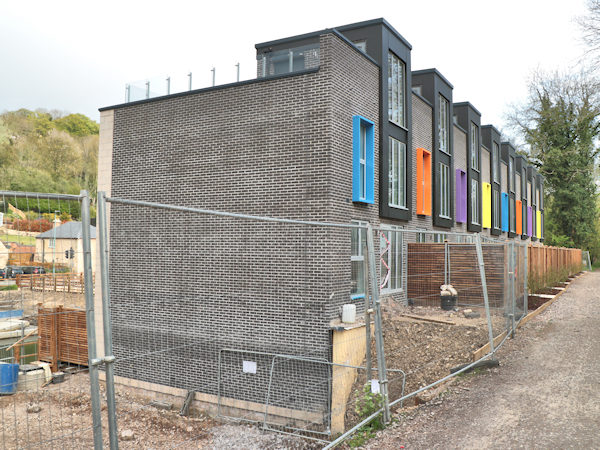 Sticking with the front, they’ve been working on the river and pond. This is where the original mill pond was which lends its name to this block as The Millpond. 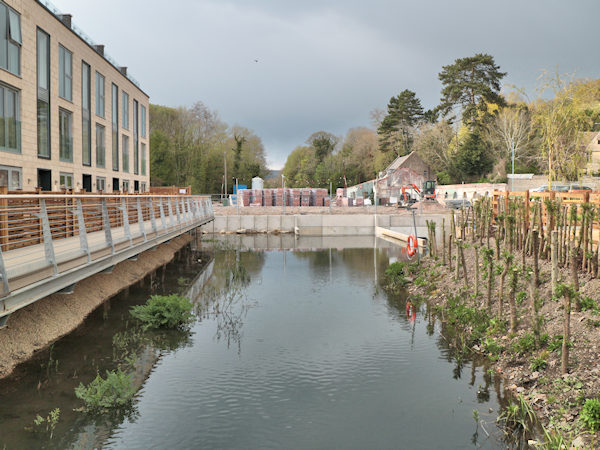 Water dives off down a waterfall into an underground culvert that will run under the rest of the development. 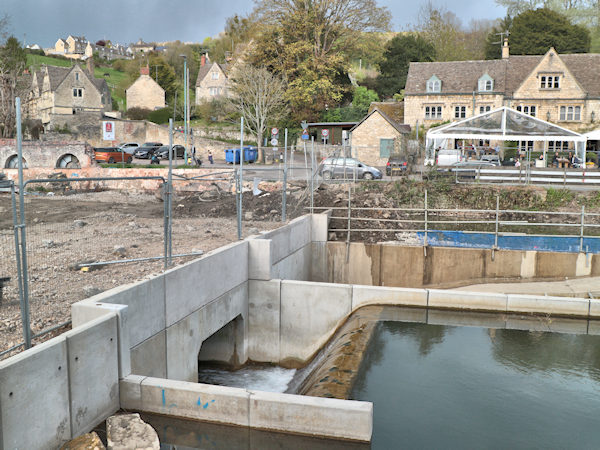 A wooden walkway takes you to the respective properties. 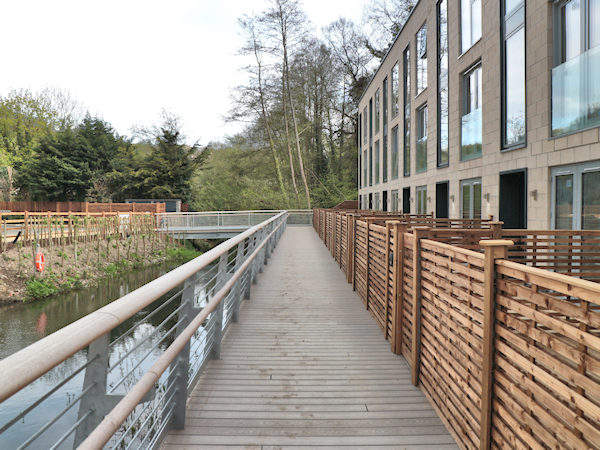 That’s the front covered, the backs a bit more interesting as somebody went mad with a selection of paints as it’s like a completely different building.

I think the architect left the plans out while working from home and his or her children coloured them in and nobody noticed. Compared to a lot of countries, housing in the UK isn’t the most colourful but the weird cowling around the windows doesn’t look right. 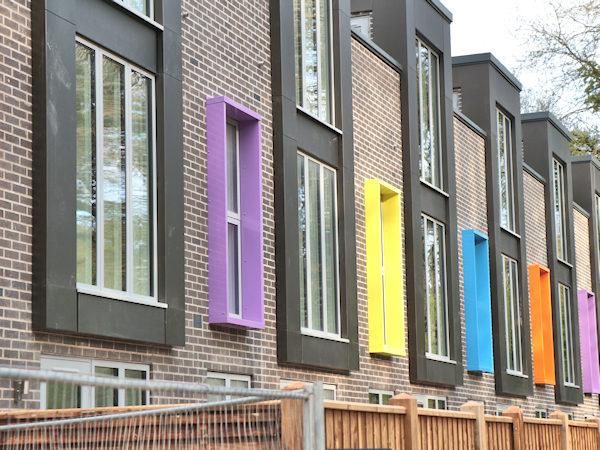 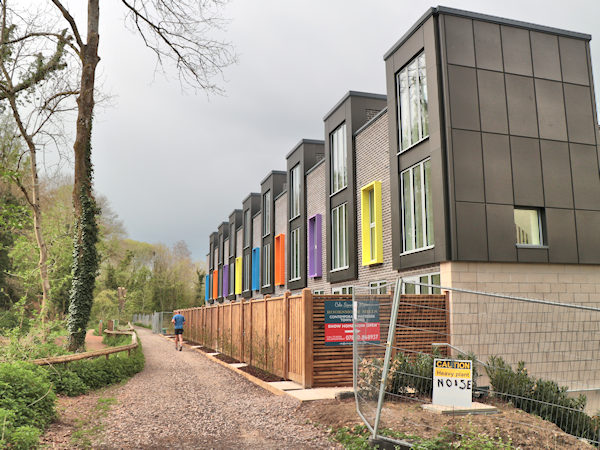 As this backs onto the Nailsworth to Stroud cycle track they’ve put in a stepped access path to the main road complete with a bicycle wheel channel to save you having to carry your bike.

This is still the early stages of a big development and there is a lot more to be built on the Stroud side as can be seen in the artists impression below. The above photos are of the building in the lower left.