Road closures due to floods have hit the area after heavy rain all day. It’s been very wet since the end of the summer so the ground was already saturated effecting water run off.

Social media has lots photos of the nights flooding in different areas, just a couple of days before Christmas.

In this area the A419 road near Rooksmoor Mills has a huge deep puddle on it (again) which if a drain worked would have taken the water into the river the other side of the road.

A section of road between Horsley and the recycling centre has flooded.

Police have said they’ve closed the Ebley bypass in both directions due to flooding and the Slad Road looks to be under water again. The last time it flooded was in July 2007 when the Slad stream got blocked and the water diverted onto the road instead of going into a culvert.

This photo is from the 2007 flood taken from Locking Hill. 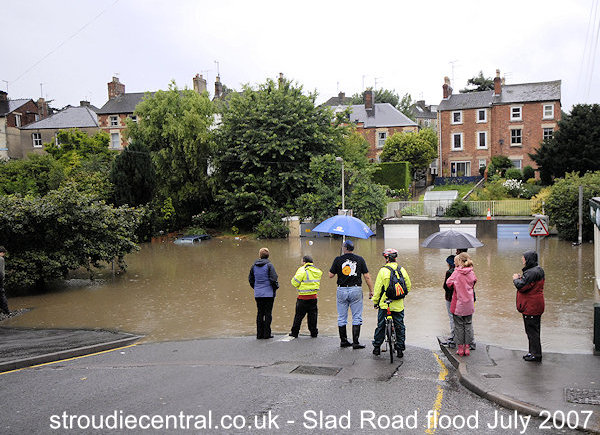 The Slad Road shouldn’t have flooded again as they put in a big flood defence system in February 2010. Here are some photos of the system being built, mainly they put huge concrete pipes under the road to hold the water.

I don’t know if these drained out into the stream that runs along Merrywalks or not but as you can see the pipes are big and there were a lot of them. 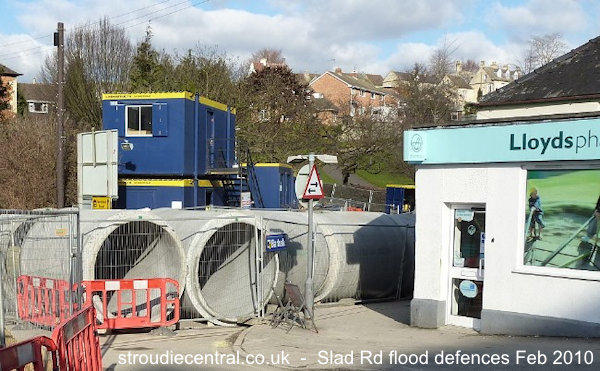 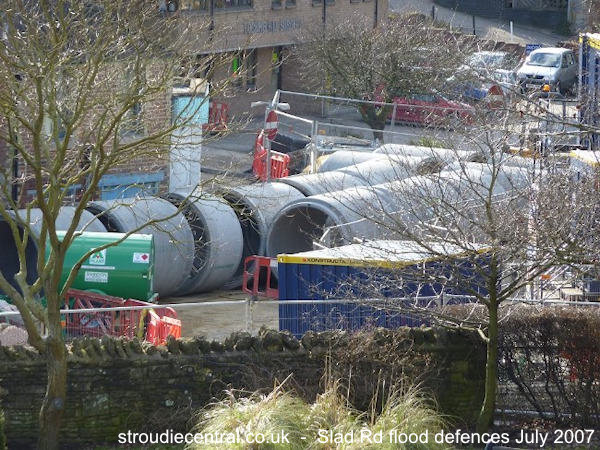 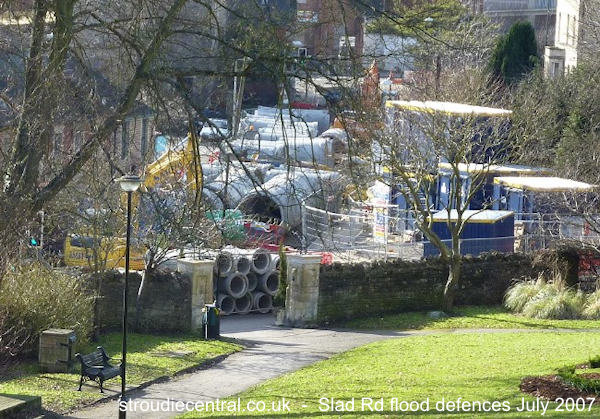