According to their website, Stroud Auction rooms on the Bath Road trading estate at Lightpill have brought some land beside the big Horsetrough roundabout just outside Stonehouse and are going to build a new auction house on it.

They’re also going to change their name to Harper Field, named after the field they are building on, Harper’s Field.

The building hasn’t been built yet but is scheduled to open in 2023, while the name change is going to be phased in over the next two years. 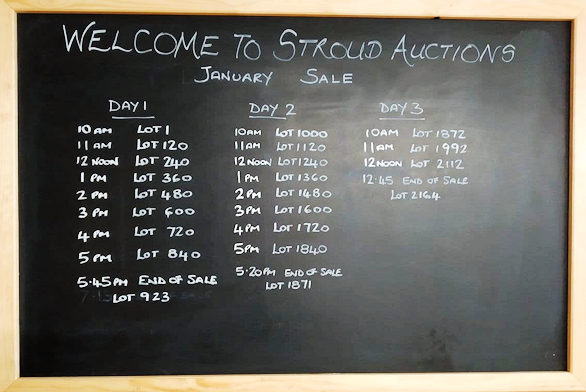 A lot of towns have auction rooms and they’re a lot more up to speed than most people realise.

A big Internet company called thesaleroom connect all the small auction houses together allowing you to bid online either in advance of the auction with an auto bid system or during live auctions. You can set up email alerts for the things you’re interested in either with them or the local auctions own website.

A video stream is usually available on auction days so you can watch and bid on items as the auction takes place.