Most of the older generation in these valleys will know about the Stroud Railcar, which was a small steam engine with one and sometimes two carriages that provided a service between Gloucester and Chalford.

Unlike today, there were many halts along the way where the train stopped for passengers. Many times I have read comments that say it was easy to get things like prams and bikes onboard.

One end of the carriage had a cab from which the steam engine could be controlled which meant you didn’t need to turn the whole thing around to travel back again.

Obviously the engine still had a fireman to keep the fire under the boiler going and leaving a steam boiler unattended is asking for trouble, but as the driver could control the train from the cab at the end of the carriage via mechanical linkages to the stream engine he would swap from one end to the other depending on the direction of travel.

The point of this article is to highlight a video on YouTube of the last Chalford railcar journey in 1964. This was uploaded by the Gloucestershire Heritage Hub.

This is a very good book with lots of information about the line between Nailsworth and Stroud. 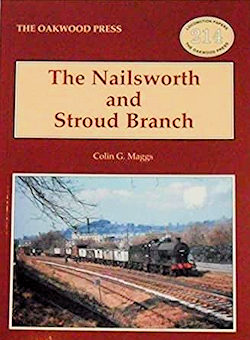 The black and white photo at the top is attributed to Ben Brooksbank / Chalford – Gloucester auto-train at Stroud / CC BY-SA 2.0 and is used under the creative commons license.