A couple of local streaming radio stations have popped up this year.

Stroud Lockdown Radio I think this has since changed its name to Stroud Love Radio. They don’t really have any info about it anywhere although I once read it originated in the Toadsmoor valley.

Anyway, Stroud from Stroud, or some other Stroud in the universe was playing some good stuff on Saturday evening, described as Electronic, Melodic and Progressive House.

Edge Radio is another and has a bit more info about it, specifically that it’s from Wotton under Edge. I gave it a go but got bored when the two presenters started talking. Give it a try, all local radio has got to be better than the commercial mainstream offerings.

Going back in a time to 1983 there was a station called Easy FM that broadcast from Stroud college, the old one thats since been pulled down. This used to broadcast during the school summer holidays on FM 87.7MHz.

Information on these older stations is hard to find as the Internet and social media didn’t exist back then so nobody documented things to the extent that they do now!

I did manage to find an old pdf from Short Wave Magazine dated June 1995 with some information on it but unfortunately it’s only the front page. I have added a link below it to an easier to read pdf. 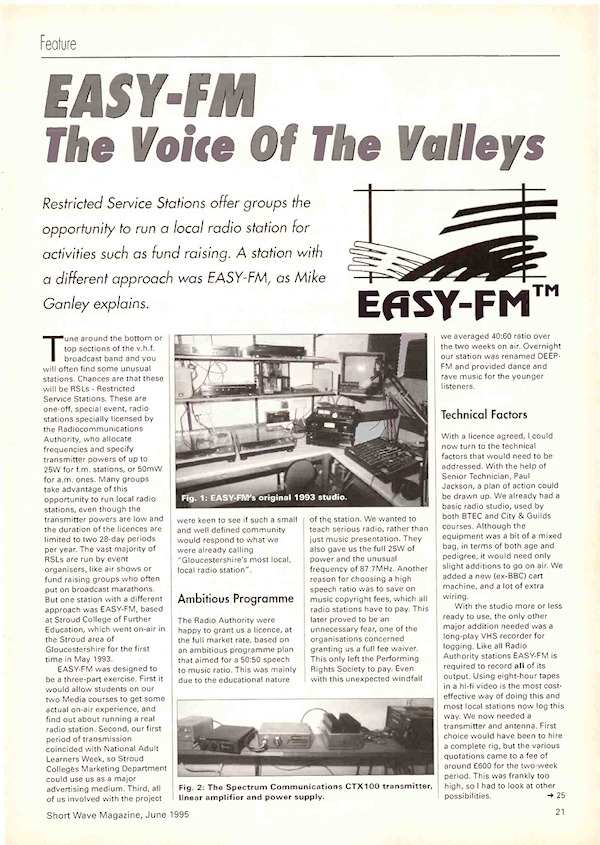 Stroud Museum had a radio event back in September 2019 where they had this poster on display. I’ve no idea if it’s an original from the time or a reproduction. 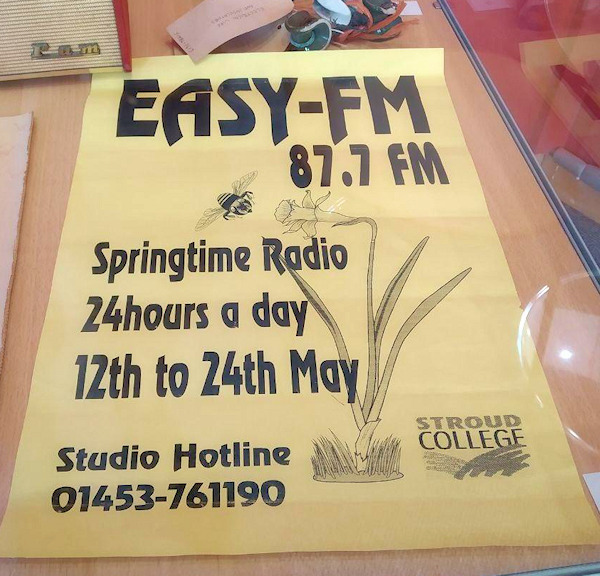 More recently, back in March 2008 there was a Stroud community radio station called Stroud FM that broadcast on 107.9MHz. I’d never heard of this one as I thought it was the Stroud college one but looks like it’s different. If anybody knows better let me know!

Stroud FM suffered various funding problems over the years before chucking in the towel in February 2014. Notably it used to cover the Stroud Fringe Festival.

It think it started out being broadcast from the old Stroud college (since pulled down) near the leisure centre during the summer holidays.

Heading slightly out of Stroud there is another internet based in Cirencester called Corinium Radio.