Deep in the bowels of Ebley Mill a secret planning meeting took place earlier in the year to formulate a plan for dealing with the fallout of leaving the EU with or without a deal.

As many of us that have lived in and around Stroud for many years know, Stroud has a long history of civil protest, and Brexit is gearing up to be a biggie. 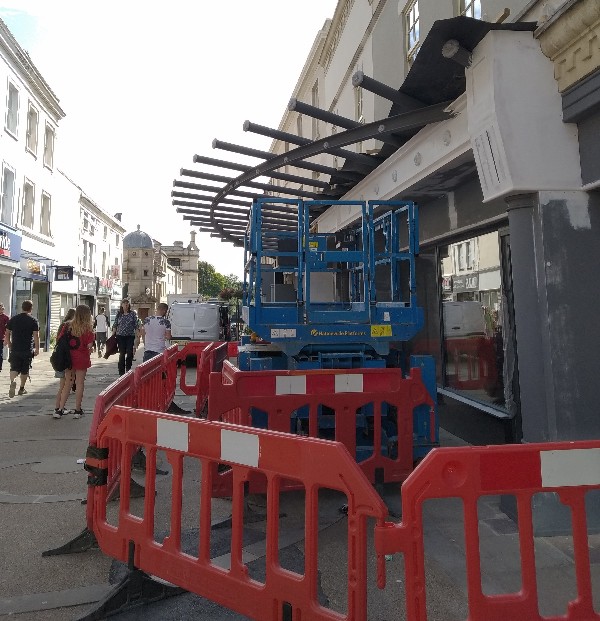 Disguised as a cosy shopping centre revamp for the old Merrywalks precinct, the real reason for it became apparent this week with the installation of huge armaments across the entrance pointing over Stroud, as seen in the photographs.

They might have to blow the bank and building society out of the way first, although the pound will be so worthless at that point it won’t matter as we will all start using the old Stroud pound, ingeniously introduced many years ago to save ourselves from financial ruin in events such as Brexit. If that’s too hippy for you, use bitcoins. 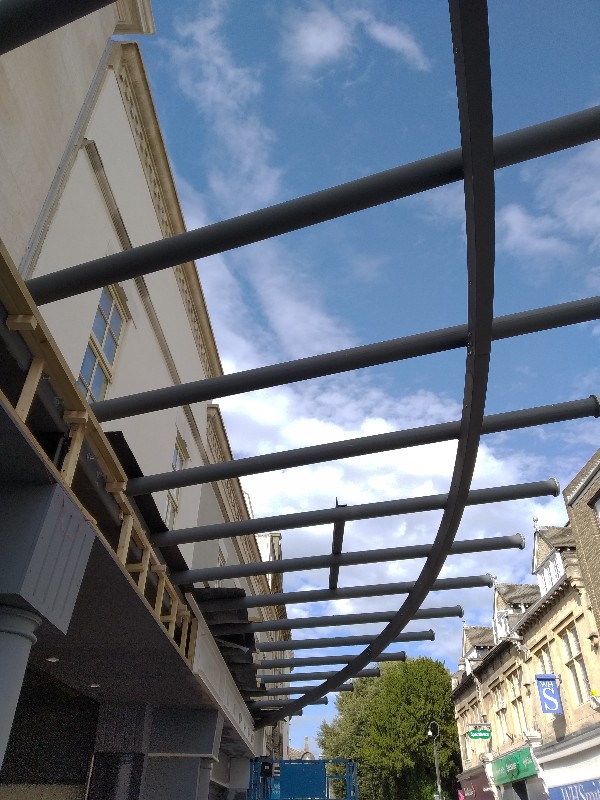 Ok, conspiracy theories aside it might just be the next phase of the shopping centre redevelopment and this is the grand entrance to the Edwardian styled shopping experience to be held within.

As an entrance piece it’s very dominating as it’s huge, and juts out into a fairly narrow King Street. It’s much wider than the actual entrance and encroaches half way along the front of the shops either side of it so it will be interesting to see how it looks when it’s finished.

The inside of the shopping centre currently looks like this, although a few shops are still operating so don’t abandon the place! 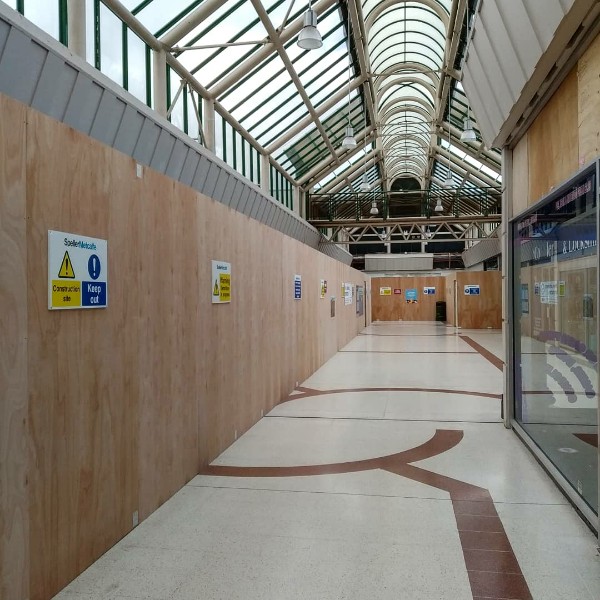