The former Kendrick Street art gallery / shop in Stroud is now showing a large poster in the door saying that it’s going to be something called The Beacon, and opens on the 2nd of August.

I don’t think this was up last week, so this is a new development. The poster explains what The Beacon is about and I quote.

‘The Beacon will be a community hub for people that care about the world and what is happening on it to come together, share ideas and gain insight from other like-minded individuals.

It also aims to build stronger links in the community and to encourage and empower collaboration.’

I don’t know what sort of format it will take, maybe some sort of cafe although it’s not the biggest of spaces.

Maybe it’s the start of an Extinction Rebellion II group..

Stroud town away from the Merrywalks shopping centre (now named Five Valleys) is evolving into quite an interesting community centre with the independent shops and market traders in the Cornhill and the Shambles.

To get an idea of all the independent traders in the area have a look at the Stroudie Central Instagram fed. We follow, and are followed by lots of small traders that use Instagram to promote their vintage and home grown goodies.

More updates once it opens.

My previous comment about Extinction Rebellion wasn’t too far off the mark as it turns out the building has been leased by them with local action group Stop 5G.

However Gail Bradbrook, one of the founders of Extinction Rebellion is reported to be pushing 5G, so it becomes the usual twisted web of confusion! 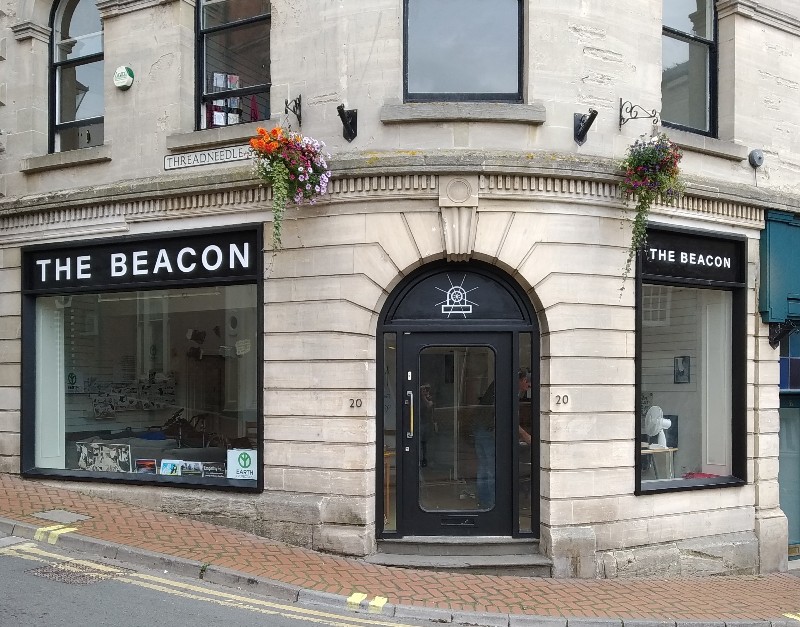 People are welcome to the opening night on Friday the 2nd of August between 6pm and 9pm featuring an exhibition by Stroud photographer James Kriszy.

The local rag, have daubed it an ‘Activism Centre’ which doesn’t really surprise me as it’s not known for its alternative outlook on the world!