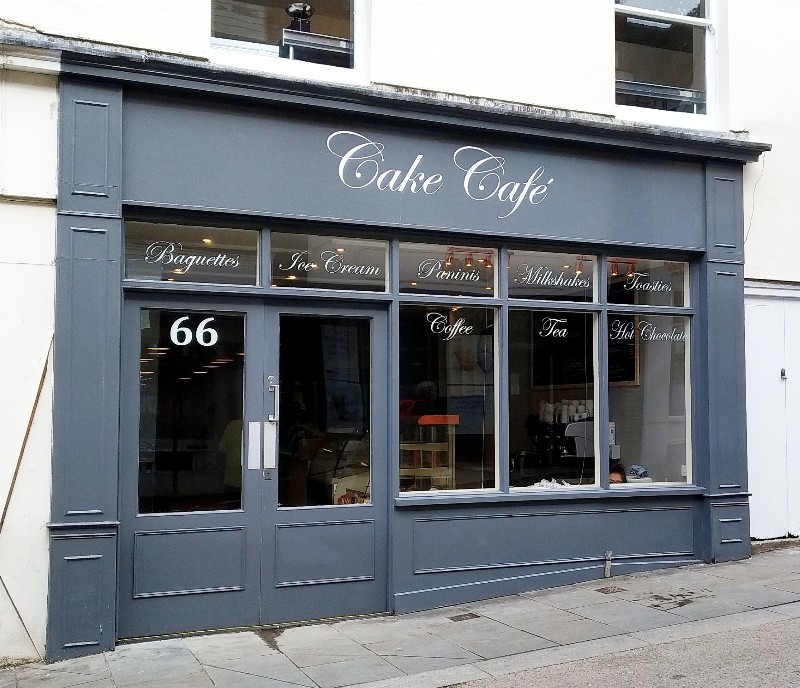 As shops in Stroud close, others open fairly quickly to fill the void.

Unsurprisingly, a new cafe is in the making in town at the lower end of the High Street called Cake Café. Don’t all rush at once though, it’s still in the fitting out phase and the kettle isn’t plugged in yet.

I estimate this will be the 7th cafe on the High Street, a list is below:

When the new Five Valleys shopping centre opens we can almost certainly expect another, as that’s what they’ve told us to expect. However, a shopping centre can only sign up people that want to sign up so that remains to be seen.

Some of the biggest eco mass protest groups have hatched their dastardly plans behind closed cafe doors in Stroud, putting Stroud well and truly on the map during the last couple of weeks.

Winding the clock back to 1980, Starters cafe which I think was based where the upper Moonflower shop is was probably the centre of a lot of plotting, ironically to save a large chunk of the High Street from being pulled down.

Along with a roof top protest, the cafe had a sit-in to keep the developers out. That gave the local underground paper ‘The Informer’ something to write about. We had papers back then, the Internet didn’t exist.

Have we reached peak cafe or can we have more?

It may not be a problem, people tend to have their favorites like they do with pubs and they each have their own uniqueness but you do have to wonder.

There’s a cafe in Stroud called Cafe Max. Maybe there’s more to that name than we ever realised.

After that unnecessary diversion into plotting and bell curves, as a regular cafe user I wish them well with their new venture.