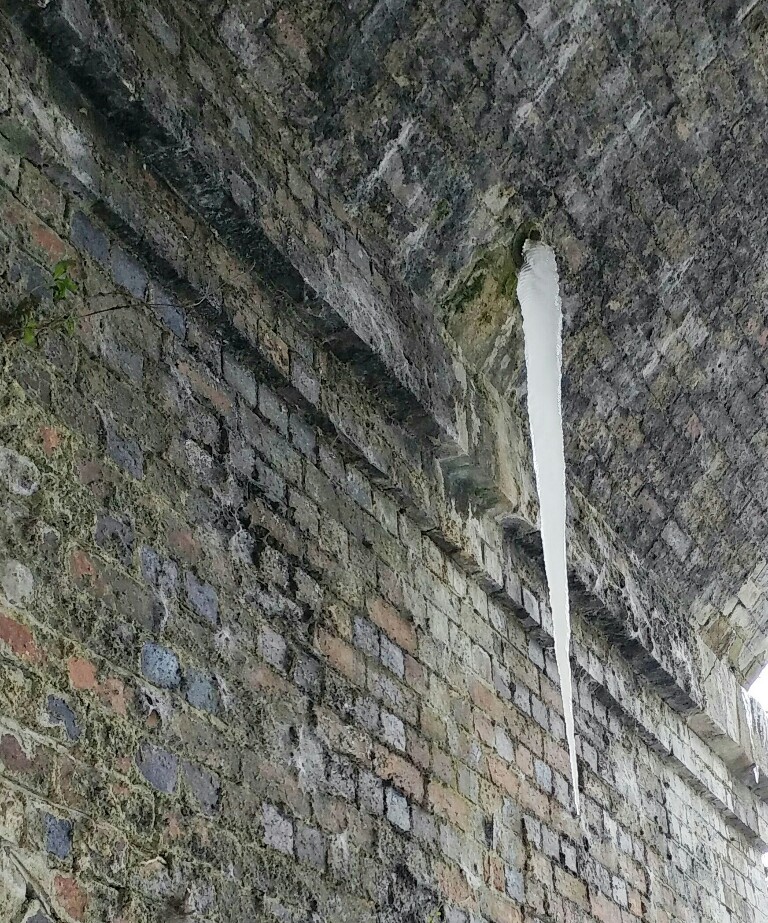 So the extreme cold and cataclysmic snowfall from storm Emma that has been forecast for today, Thursday (we haven’t got to Friday yet) hasn’t quite materialised to the extent predicted by the weather people (no, not the Daily Express), at least not down in the Stroud valleys although it is now starting to snow more heavily and is starting to settle on the roads as I write this at 16:45. 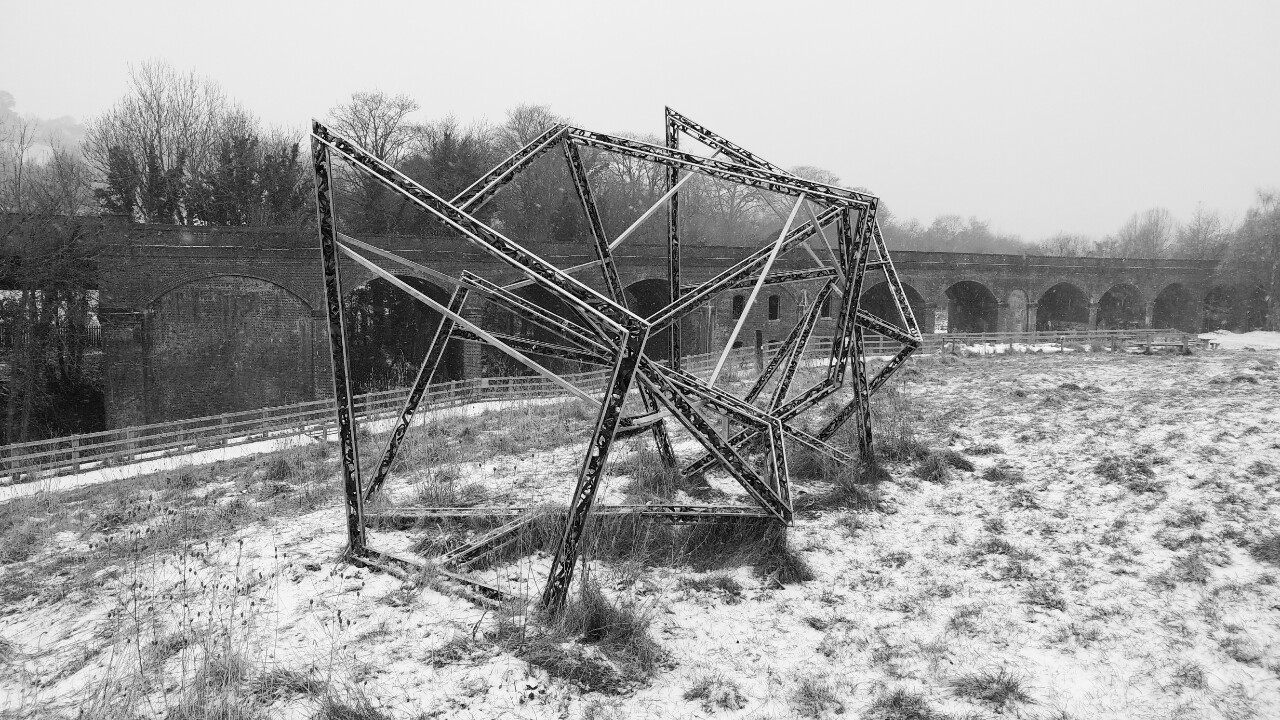 Make no doubt about it, it’s cold, very cold, with -5°c being recorded in the valleys this morning and the strong winds made it feel much colder, at around -10°c in the very early hours. 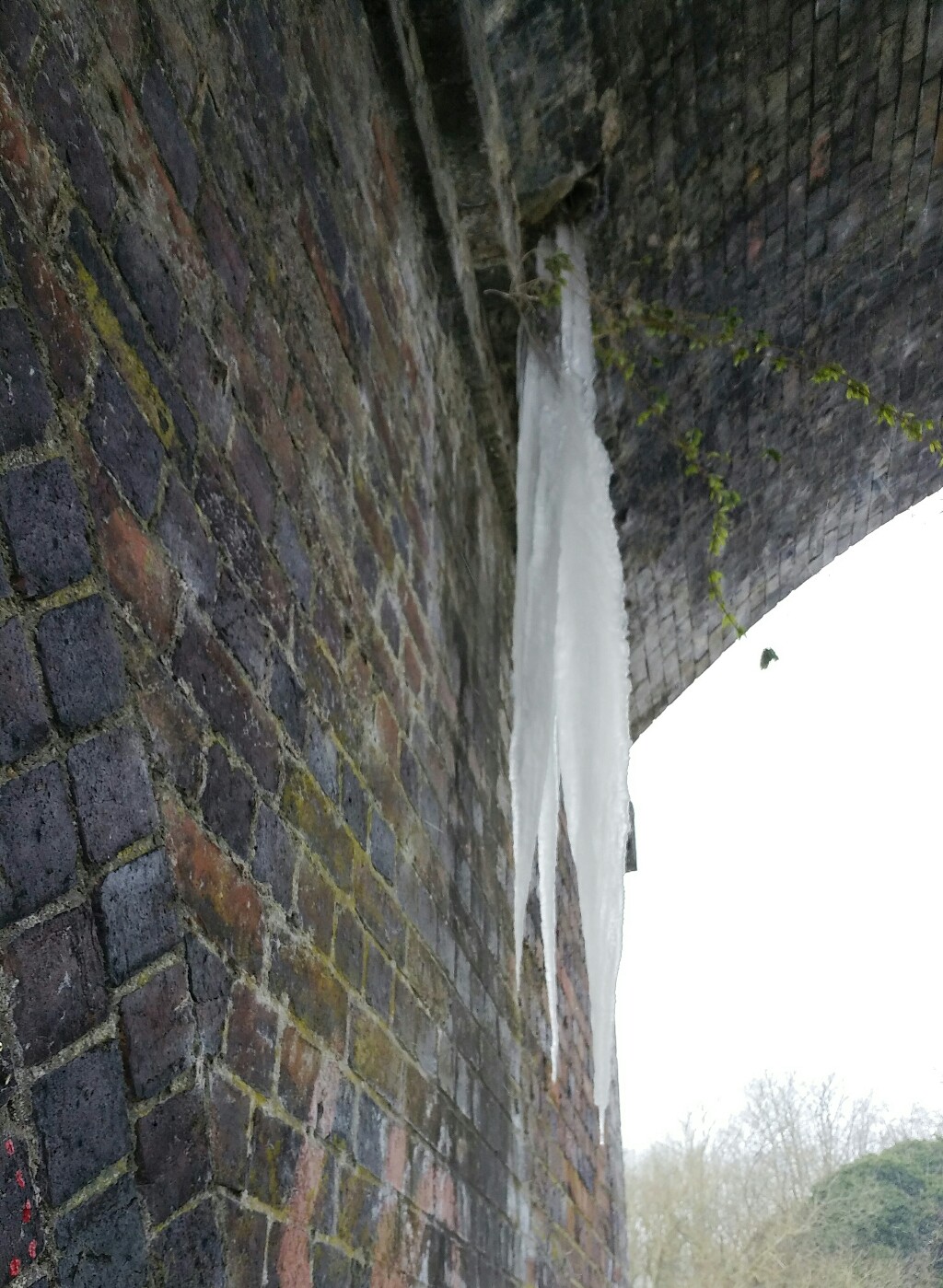 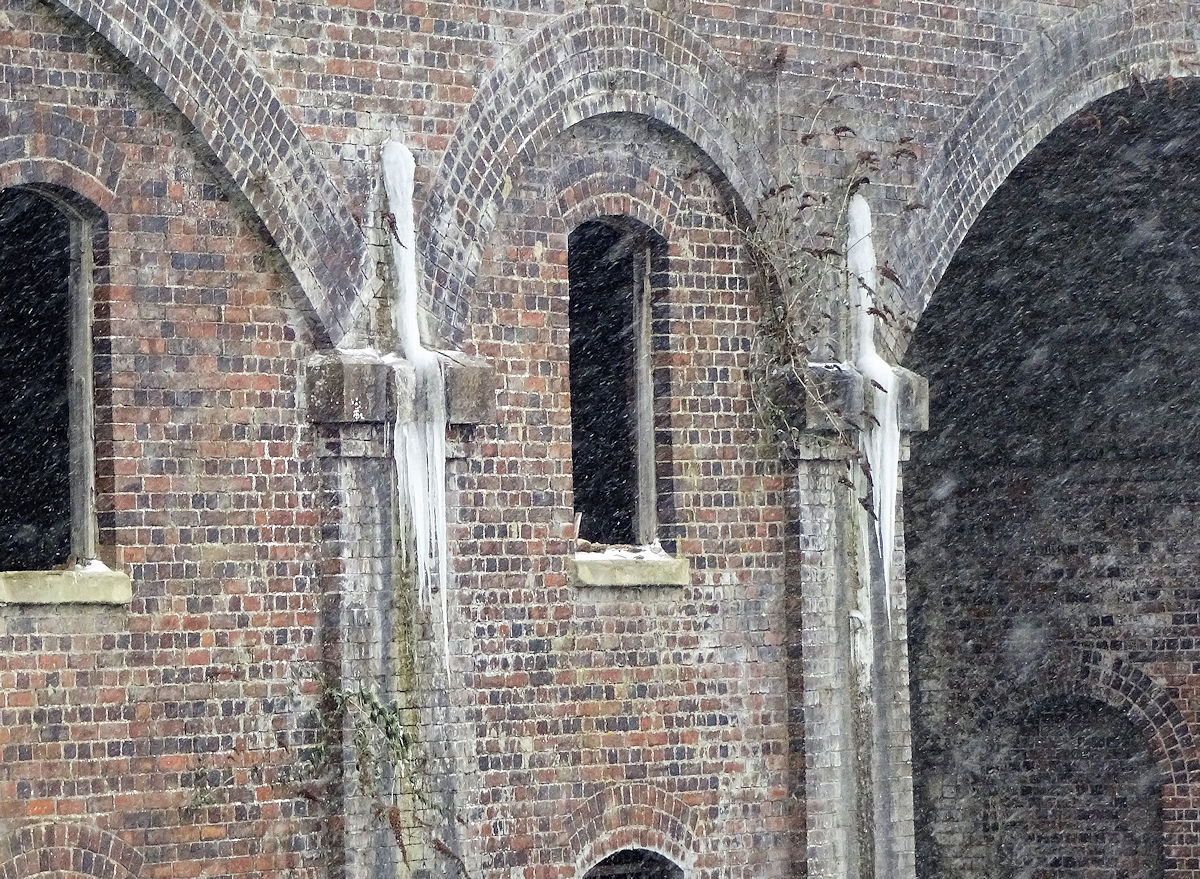 As I was passing the railway viaduct near Waitrose I noticed a lot of big icicles hanging from it so snapped a few of them, with the camera.

I left the proper snapping of them to the lads that turned up at the same time chucking rocks at them!

The part iced over canal photographs were taken at Stonehouse and the night shots were taken in Nailsworth. 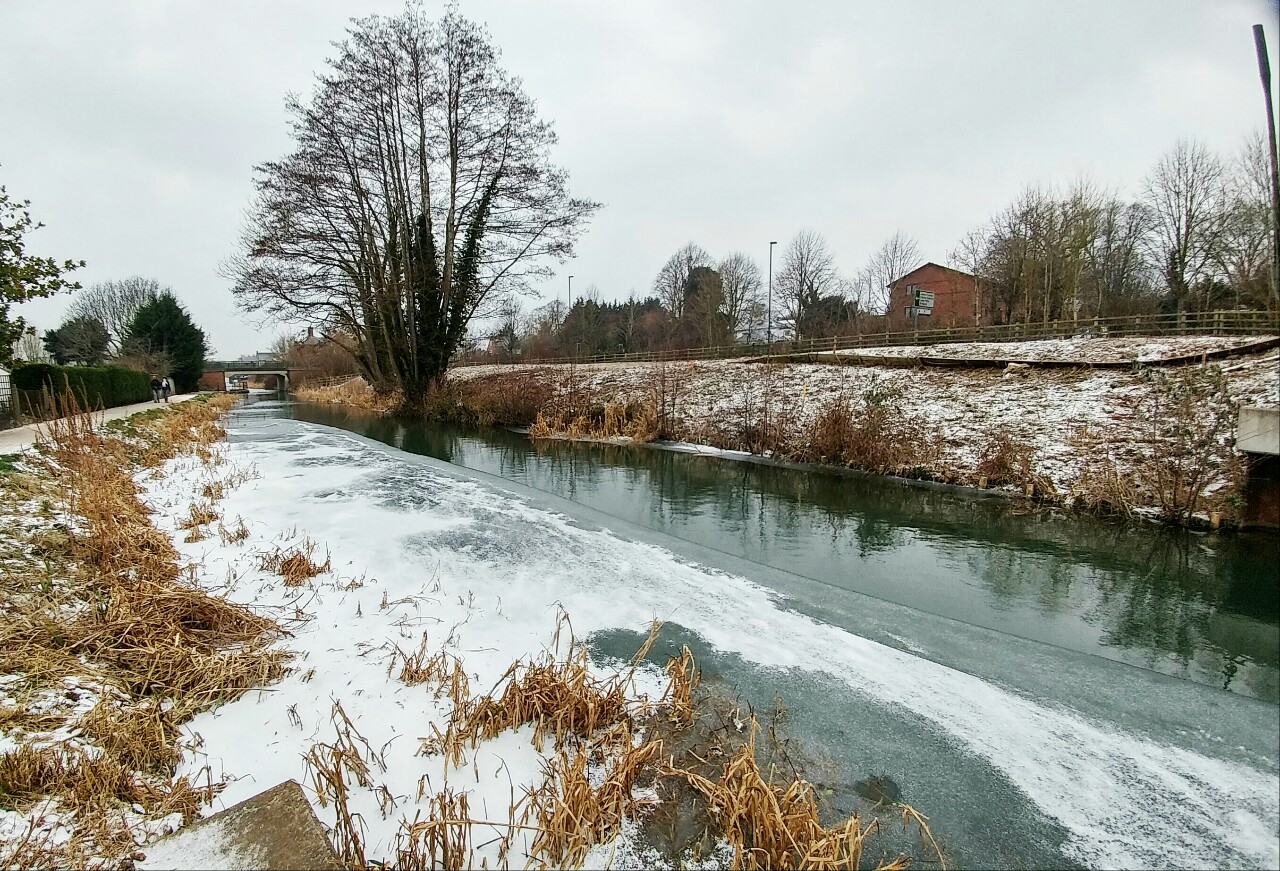 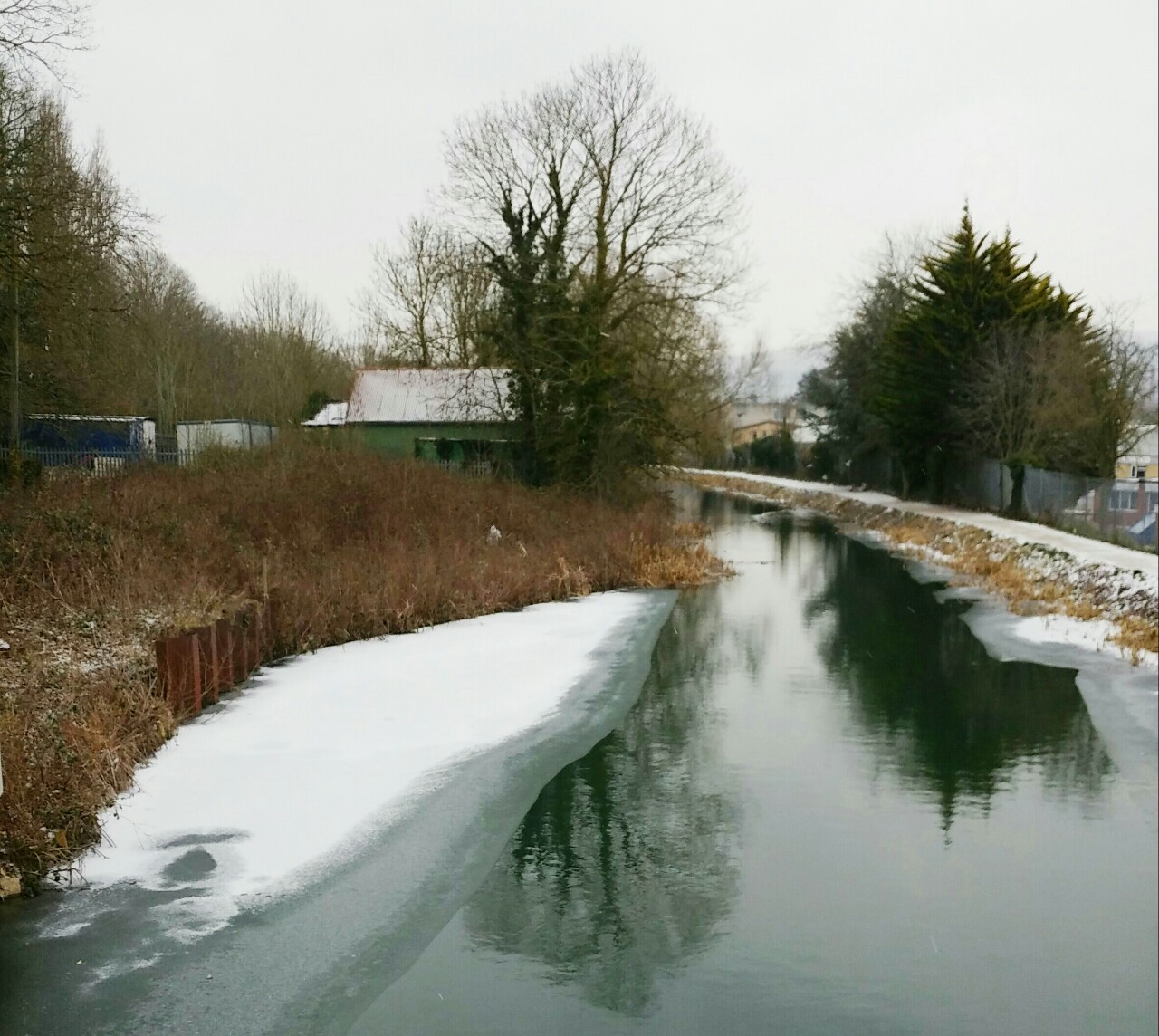 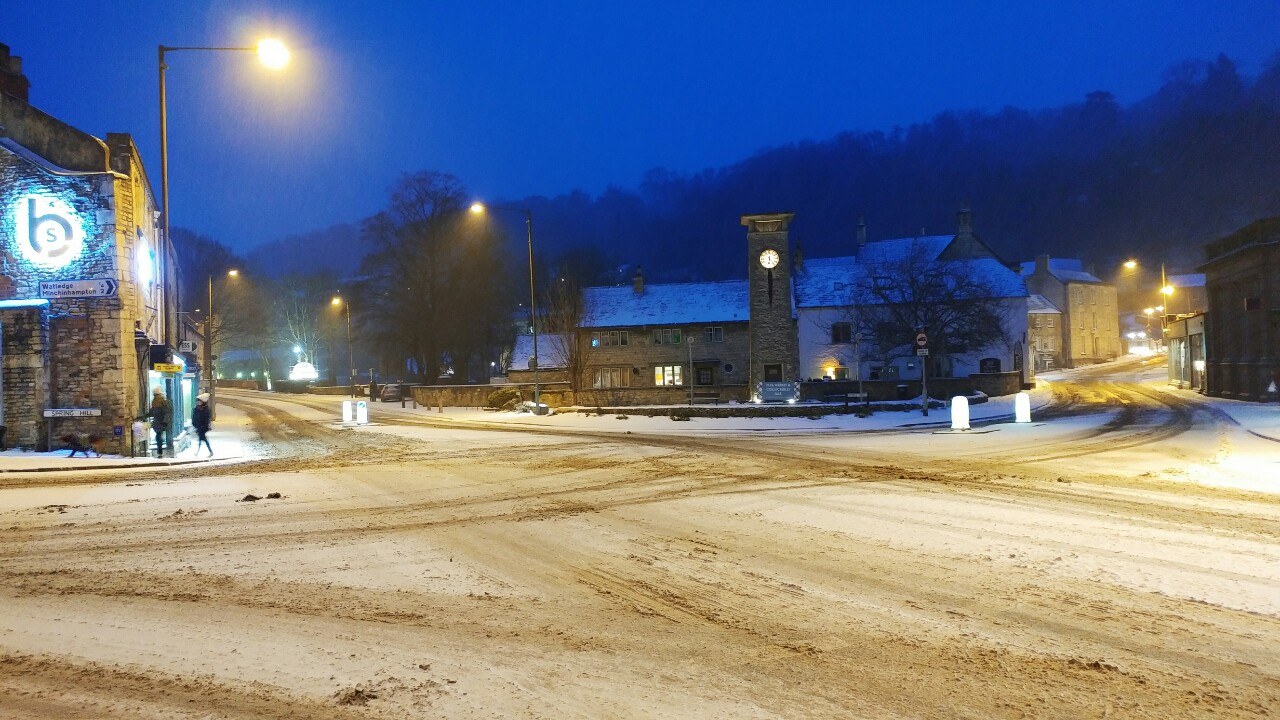 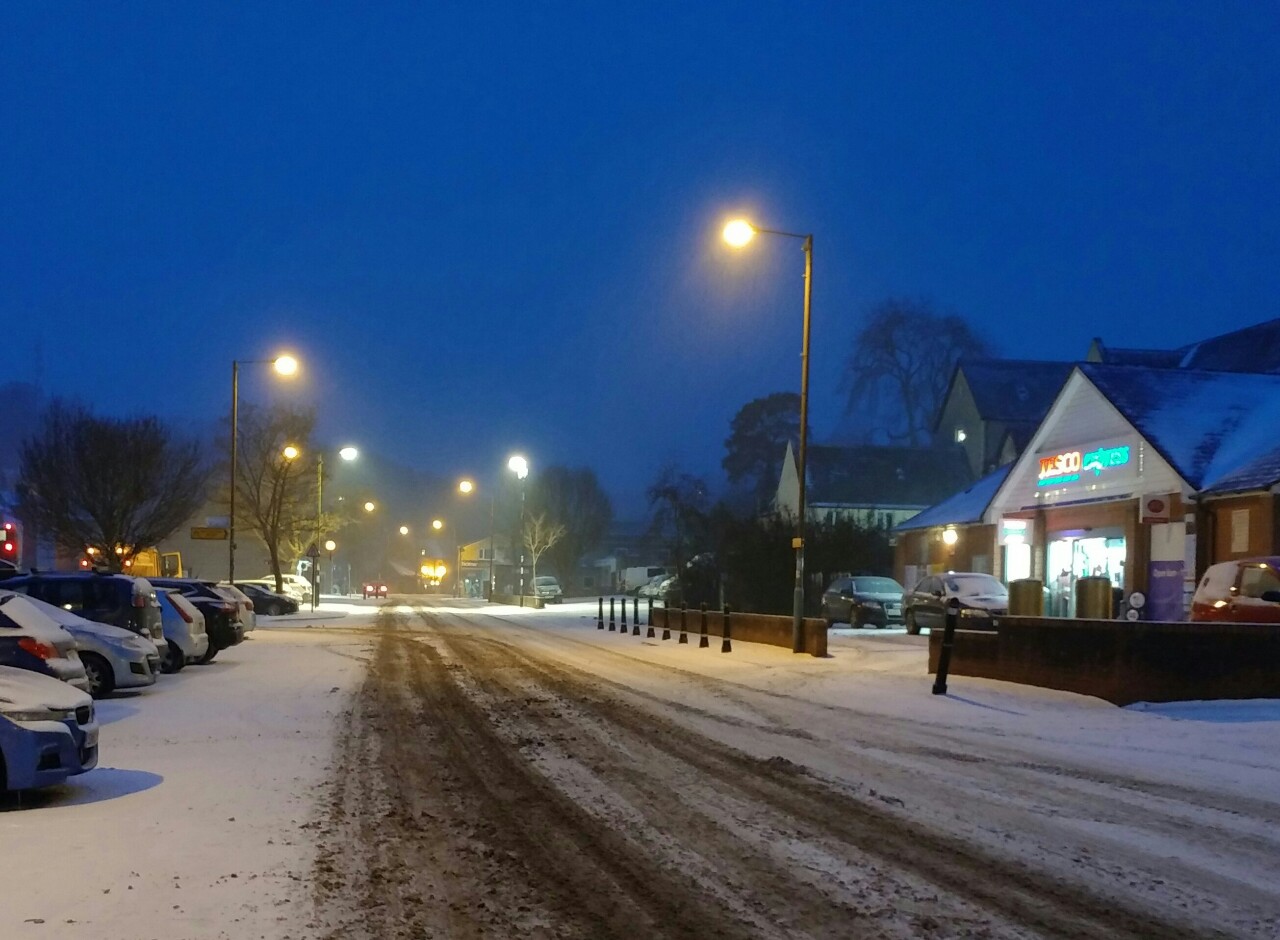